A small selection of the wonderful books written by, and about, Mary Webb.

The gate clicked and she was there. She had never looked so frail, so provocative; she had never been more purposeful or less desirous of admiration. They went in. Lily was genuinely pleased; after the rambling ruin at home, impossible to keep in order even for more industrious hands than hers, the compact, neat little home was delightful. She thought how easy the work would be. She was not meant for the hardy magnificence of manual labour. 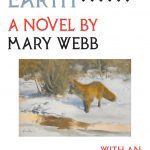 Wild, young Hazel Woodus is beginning to be noticed by local men. Jack Reddin, a sensualist squire, comes across her when she loses her way home from town, and can’t believe his luck. She escapes him, but he is determined, and scours the countryside for her. At a choir meeting, the young minister, Edward Marston, is bowled over by Hazel’s burgeoning beauty. The scene is now set for a titanic struggle between the two men, where Hazel’s changeable, independence-loving heart is tested to its limit. Available from Amazon or The Book Depository 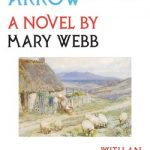 The Golden Arrow – Deborah Arden is a lively intelligent young woman, lovingly tending the animals at their farm with her father, helping her mother, and wondering about love. One of the young miners from the nearby works takes up the job of preacher at their local church. The family and the villagers are inspired by him, but for Deborah it is as though a bomb has dropped. She begins a journey of ecstasy, discovery and pain which will affect the whole Arden family, where not only love is at stake, but life itself. Available fro Amazon or The Book Depository 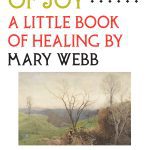 he Spring of Joy – A Little Book of Healing This book collects together a group of exquisite essays of appreciation of nature, written with the idea of succouring ‘the weary and wounded in the battle of life.’ They are an extraordinary record of a woman’s empathy, not only for the beauty, colour, form, delicacy and majesty of the natural world, but also for her fellow human beings who suffer. Webb’s diagnosis of Graves’ disease at the age of 20 meant that, in times of suffering, she saw the natural world more tenderly and the urgencies of life were clearer. Available from Amazon or The Book Depository 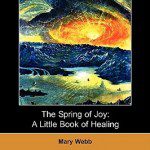 The daughter of a Welsh gypsy and a crazy bee-keeper, Hazel Woodus is happiest living in her forest cottage in the remote Shropshire hills, at one with the winds and seasons, protector and friend of the wild animals she loves. But Hazel's beauty and innocence prove irresistible to the men in her orbit. Both Jack Reddin, the local squire and Edward Marston, the gentle minister, offer her human love. Hazel's fate unfolds as simply and relentlessly as a Greek tragedy, as a child of nature is drawn into a world of mortal passion in which she must eternally be a stranger.

The House in Dormer Forest

Seven for a Secret

Poems and the Spring of Joy 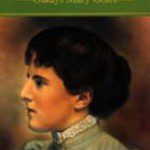 Novelist, poet, and mystic, Webb (1881-1927) is a neglected author undergoing a revival. Winner of the Prix Femina in 1924 and much admired by Rebecca West, Buchan, and de la Mare, critical acclaim was translated into popular success only after her death. Webb grew up in Shropshire, the setting of her work. Steeped in the history and folklore of the area, her writing was an expression of her pantheistic philosophy. Coles discusses the importance of pantheism to Webb, reviews her position in the literary society of the time, and explores the effects of the debilitating Graves' Disease, from which Webb suffered. 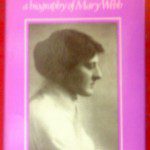 The Flower of Light : a biography of Mary Webb

This acclairmed pioneering study of Mary Webb (1881-1927), the Shropshire novelist, poet and mystic (author of Precious bane) is now being printed in its first paperback edition. Recognized as the standard work on Mary Webb, it combines the story of her tragic life wit h a reevaluation of her creative achievement. Gladys Mary Coles, the leading authority on Mary Webb, has won many awards for her writing, including a Welsh Arts Council Award and the Daily Post Arts Award for Literature.

The Flower of Light

The Shropshire Haunts of Mary Webb

The Shropshire of Mary Webb

Mary Webb her Life and Work 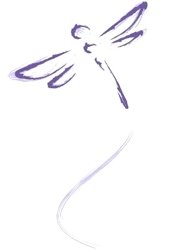 Now the four winds stand up to sing their winter song-the thud of snow from creaking pine-branches, the cracking of ice on the meres, the reverberating fall of rocks split by the black frost on the hilltop, the shivering whimper of owls-these are the crude notes of the dark months.
So the year's music draws to the close which means a new beginning.
Nature's music is never over;her silences are pauses, not conclusions.