Mary Webb was born  Mary Gladys Meredith on March 25th 1881 at Leighton Lodge, Leighton, a village south of Shrewsbury, near The Wrekin.

Her father, George Edward Meredith was an Oxford M.A. and teacher. He became a great influence in her life. She shared his love of literature and of the countryside. The Celtic influence of her parentage was strong. Her father was proud of his Welsh descent.

Her mother, Sarah Alice Scott was from an Edinburgh family reputedly connected with Sir Walter Scott.

Mary was the eldest of six children and her earliest writing consisted of plays and stories to amuse her brothers and sisters.

The young Mary loved to explore the local countryside and was fascinated by the wonders of the natural world. She developed an extraordinary perception for minute detail in nature and this is reflected in the richness of her poetry and prose.

At the age of twenty she developed a thyroid disorder, Graves Disease, which was to cause her ill health for much of her life and lead to her premature death. She became very self-conscious due to the disfiguring features of the disease and began to retreat into her own solitary world.

At the age of twenty one, Mary was writing essays and poems with nature as the main theme (published in 1917 as The Spring of Joy).

In 1910 Mary met Henry Bertram Law Webb from Ironbridge ( a nephew of Captain Matthew Webb, the channel swimmer) Henry was a teacher who shared her interest in writing. They married in 1912. She and Henry first lived in Weston-super-Mare, but Mary was never really happy living away from Shropshire with which she felt a spiritual bond. At this time she began her first novel, The Golden Arrow, based in the Church Stretton area. The Webbs returned to Shropshire in 1914 where Mary completed The Golden Arrow (published 1916).

Mary’s second novel, Gone To Earth, from which a film was later made, was written in response to her sadness at the cruelty of war.

In 1917 Henry secured a job at the Priory School in Shrewsbury and Mary was able to realise a dream when they acquired a small bungalow at Lyth Hill called Spring Cottage. She loved Lyth Hill and would spend hours in quiet meditation of her surroundings, gathering information to include in later novels or poems. It was here Mary wrote The House in Dormer Forest in 1920 and many of her poems.

In 1921 Mary and Henry moved to London in the hope that she would receive more literary recognition. Although pining for her native Shropshire, she completed her fourth novel, Seven For A Secret in 1922, set in the borderland of South West Shropshire. Also, whilst in London she wrote her most famous novel, Precious Bane in 1924. This, like her other novels, is rich in folk lore and humour, with beautifully drawn characters. For this work she was awarded the Prix Femina Vie Heureuse. This confirmed the opinion of her admirers in the literary world that “Mary Webb is a Genius”(Rebecca West). However the general public had not as yet discovered her.

In 1927 Mary’s health was deteriorating, her marriage was failing and she returned to Shropshire alone. Her final novel Armour Wherin He Trusted remained unfinished.

She died at St Leonards on Sea on 8th October 1927 at the age of forty six. She is buried at Shrewsbury cemetery and The Mary Webb Society maintains her grave and has a rota for placing fresh flowers each month.

Although her literary output was comparatively small she leaves a rich legacy of intense creativity and natural mysticism. Posthumous success came in 1928 when the Prime Minister, Stanley Baldwin acclaimed her work, which was then gathered and published in successive editions by Jonathan Cape. “Her relevance as a writer is increasing, and the truths she expresses, her reverence for the natural environment and perception of it, are particularly valuable to the late twentieth century.” (Gladys Mary Coles, Mary Webb, Seren Books 1990 & 1996) 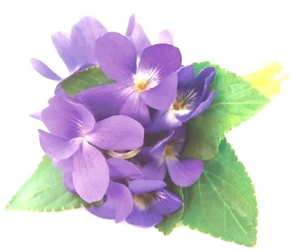