The concert was a sell-out joyous event which raised over £1500 for the Save Pontesford Hill appeal.

Gladys Mary Coles’s talk, illustrated by Gordon Dickin’s  beautiful landscape slides, described the importance of the Pontesbury area in the life and work of Mary Webb; in particular as the setting for her first novel, The Golden Arrow. The Pontesbury Players’ readings from the novel added to the drama of the accomplished presentation.

The second half of the celebration was a superb performance by Janie Mitchell and Benji Kirkpatrick. The varied programme loosely based on the theme of “hills,” showcased the creativity of this very talented  pair. 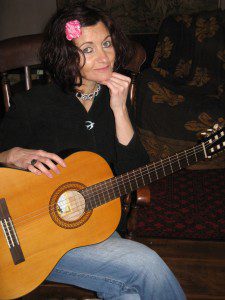 Janie Mitchell is a singer-songwriter based in Shropshire. Her debut album ‘Psalm and Squall’, recorded with New Weave Records in USA in 1992, received excellent reviews. Her second album was “MitchellFlint” (2000) with Finnish-English musician Sonny Flint. Janie is one half of duo Beguildy; their CD “The Mary Webb Songs” was released in 2014 and is getting lots of radio play. Janie’s track “Farewell To Beauty” was selected for fROOTS cd compilation 2015 (“beguilingly-delivered melodies…delicious, creative” fROOTS). Janie is currently writing and performing songs for a WW1 project about Gallipoli with London-based Turkish musicians. 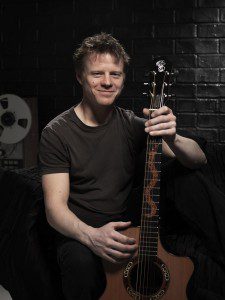 Benji Kirkpatrick plays bouzouki, guitar and banjo and sings. He is a founder and present member of the folk big band Bellowhead and plays with trio Faustus. He has performed often with Seth Lakeman and has played on several of his Dad’s (John Kirkpatrick) albums. Benji has released several solo CDs, the latest being Boomerang (2008). He has played all over the world and is currently working on a set of Jimi Hendrix songs, which is a slight departure from the traditional English folk songs of his earlier career. “powerful” Mojo Together, Janie and Benji perform their own songs, some co-written, as well as arrangements of folk songs and the occasional cover of a Eurovision entry. 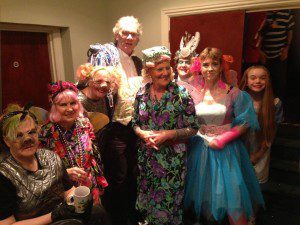 Pontesbury Players are a talented group of actors, writers, artists, musicians and technicians. We are based at Pontesbury Public Hall and every year we put on several productions a year. Pontesbury Public Hall has excellent facilities including disabled access and toilets, a large stage, spacious changing rooms and a purpose built lighting box with costume and props store. Over the years Pontesbury Players have put on extensive and entertaining productions, both indoors and outside, ranging from panto to Pinter, from drama festival winning productions to old time music hall and variety evenings. We have about 40 senior members, and a very lively junior group of about 20 young people; of course, new members, or indeed anyone who just wants to know more about us will always receive a warm welcome. We are a very social group and frequently have social events where friends and family of our members come along. The Pontesbury Players are delighted to be involved with The Mary Webb Society and their production to raise money to buy the hill for the village and wider community who all wish to continue to enjoy its magic, mystery and history. Martin Jones: Chairman. Martin@martin190.wanadoo.co.uk Tel: 07814146479 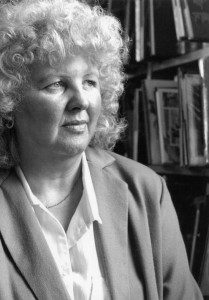 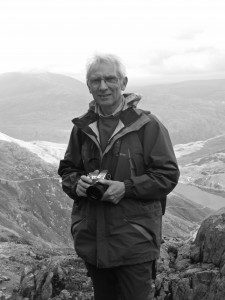 Gordon Dickins
Chairman and vice president
Gordon is a retired librarian with a longstanding interest in the literary connections of Shropshire, his home county. He “discovered” Mary Webb’s writing while still a student and this inspired him to take up landscape photography, to try and capture that sense of place which she evokes so powerfully. He is the author of “ An illustrated literary guide to Shropshire,” “Shropshire Seasons” and other photographic books on the county. 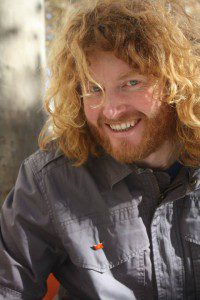 Matthew has been a member of Pontesbury Players for the last six years and is the sound and lighting technician at all of their productions. This is a crucial role as it is down to him to make all the Players look and sound their best (or worst) on the night! During his day job Matthew, who has a HND in Countryside Management, is a busy professional gardener and runs his own gardening business in Pontesbury. Multi-talented Matthew can turn his hand to anything, having recently built his own house on Pontesbury Hill. He also enjoys fishing, football, cooking and travelling. Together with his wife, Catherine, Matthew has entertained local groups with their illustrated talks on Thailand, Vietnam and other Asian countries. Even though he has a busy and full life, Matthew still finds time to enjoy ‘shining a light’ on the Pontesbury Players which he says is “very enjoyable, very challenging and a great way to meet, work with, and have fun with other members of the Pontesbury community.” 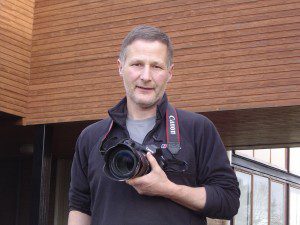 Ben Osborne is the ideal person to be our other ‘sound’ man. He is well used to giving audio-visual presentations and his recent ‘Himalayan Journeys’ fundraiser for the ‘Hill’ was a sell-out. Trained as a zoologist, Ben’s passion for photography took over and he has been a freelance professional wildlife photographer for over 30 years. Based in Shropshire, Ben has worked for the BBC, Shropshire’s border counties and Wales as well as British wildlife organisations, including Shropshire Wildlife Trust. Despite having visited some of the most remote, beautiful and challenging areas of the world, Ben gains just as much joy and inspiration from photographing the local wildlife on his doorstep. For information, see: www.benosbornephotography.co.uk 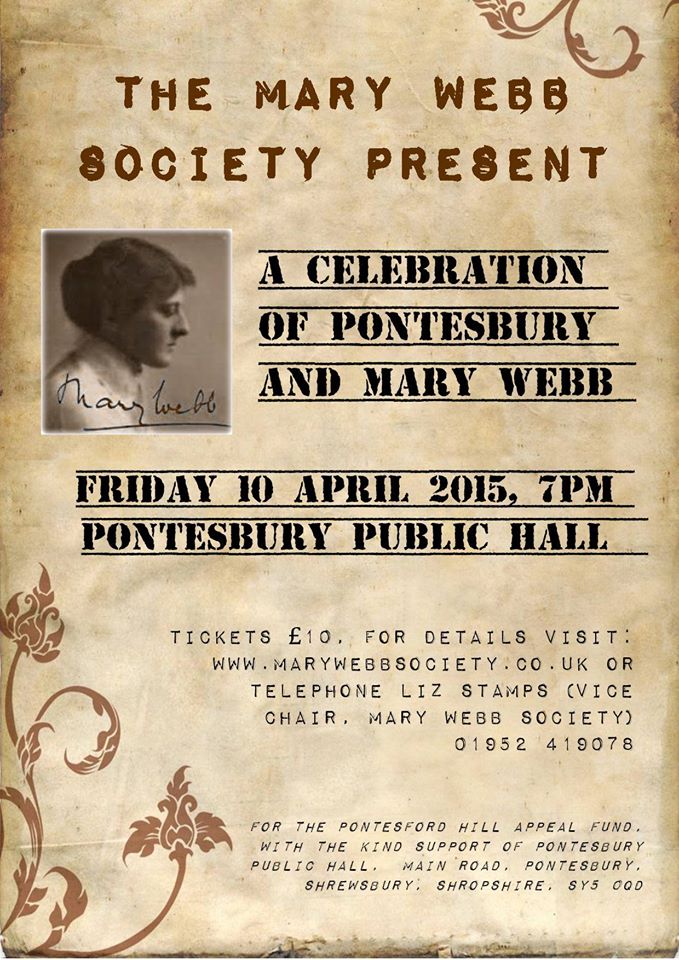