Chairman Gordon Dickins was accompanied by historian Keith Pybus to lead the annual walk from Snailbeach Village Hall, taking in the remains of the lead mines, the ancient holly trees (some 400 years old), Lordshill Chapel, the setting of Gone to Earth and the restored cottages at Blakemore Gate. After a lunch stop & braving a few showers it was onwards towards the Devil’s Chair on The Stiperstones for the bravest of the group. For the rest, it was back to Snailbeach and a short car journey up to The Bog Centre for a welcome cuppa and cake. The Bog Centre, previously the school building is a delightful place, friendly voluntary staff, delicious cake and local handicrafts on sale.

The Bog was a lead and barytes mining community but very little remains of it today.The Bog mine once had 200 buildings and featured an amazing aerial ropeway where the ore could be transported for processing.

Before departing Gordon showed us the intriguely-named Somme tunnel  above The Bog car park. By the start of WW1, lead mining at Snailbeach was over and the company turned to Barite. A new shaft was sunk and later an exploratory adit was driven into the hill. This is The somme tunnel. It is in good condition for 135 yards but is locked and a metal grille protects hibernating bats.

It was a fascinating walk not only from the point of view of the spectacular landscape but to glimpse the hard lives of the miners and their families as they tried to eke out a living in often dangerous conditions with inevitable effects on their health and life expectancy.

Thanks to Gordon and Keith, our “Flockmasters.” 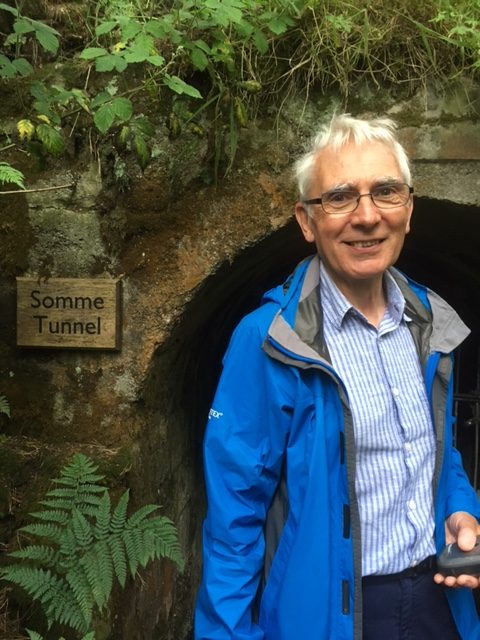 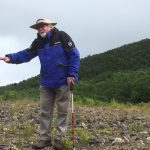 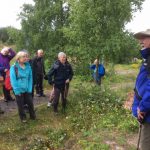 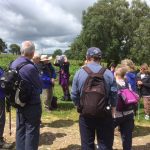 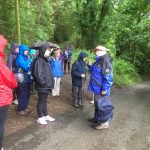 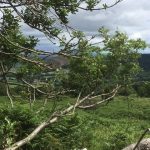 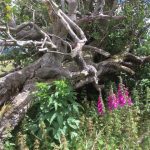 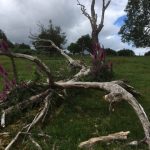 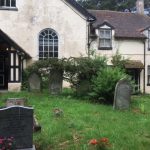 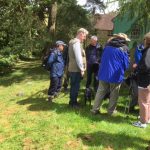 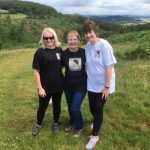 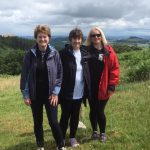 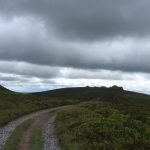 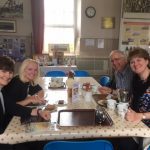 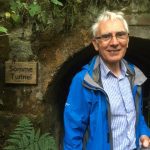