The Edge Arts Centre, Much Wenlock proved to be a popular venue and was very well attended this year with members travelling from all over the country. We were particularly delighted to welcome the three daughters of our honorary vice president, Donald Meredith, nephew of Mary Webb, to join us for the weekend. Christina, Juliette and Lucie added their warmth and enthusiasm to make this a truly special event. Mary would have been proud. Secretary, Sue Higginbotham read out a letter from Donald apologising for his absence, sending his regards and thanks for keeping his aunt’s memory alive and hoping that his daughters will continue to support the society.

After a change from the advertised programme, our guest speaker was Ina Taylor, author of the number one bestseller “The Edwardian Lady: the story of Edith Holden.” Ina’s very interesting talk was taken from her book “Victorian Sisters” a biography of “The remarkable Macdonald women and the men they inspired.”

The Macdonald sisters, from their humble beginnings as the daughters of a Methodist Minister, became linked by marriage to some of the most famous men in art and politics. The four sisters: Alice, Georgiana, Agnes and Louisa became the mother of Rudyard Kipling, the wife of Sir Edward Burne-Jones, the wife of the artist Edward John Poynter and the mother of the Prime Minister Stanley Baldwin.

Ina was inspired to carry out  her meticulous research as a result of  the apparent neglect by historians of these remarkable women and their story. Their story was one of twists and turns, chance meetings and fortuitous connections which resulted in these home-educated girls reaching the higher echelons of society.

Despite their diverse lives, their family ties remained strong particularly in later life.

Thanks to Ina for an outstanding talk and, judging by the sales of her book afterwards, appreciated by us all.

After a superb lunch provided by Vicky and Dawn (catering@williambrookes.com) and a chance to chat with old and new friends, we gathered to hear chairman Gordon Dickin’s illustrated talk, “A Writer’s Shropshire Revisited”

Gordon’s talk, as always was illustrated by his beautiful images of the Shropshire landscape for which he has become renown. His many books include “Quiet Mysteries” and “Shropshire Seasons.”

Some of the writers and places mentioned included:

Thanks to Gordon for once again opening eyes to the beauty on our doorstep which inspired, and continues to inspire so many.

After a very full day some members set off to see our exhibition at Much Wenlock museum whilst others decided to conserve their energy for Gordon’s walk tomorrow. 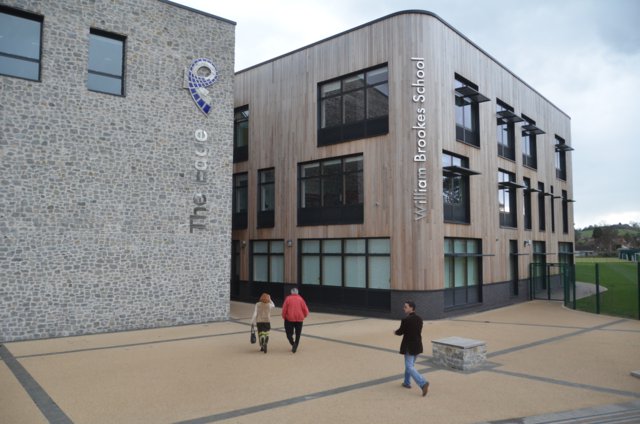 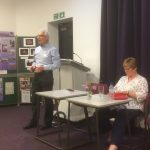 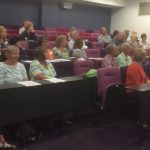 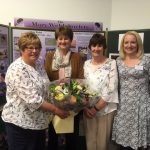 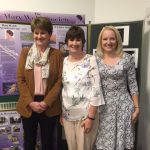 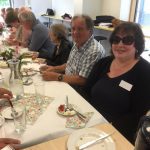 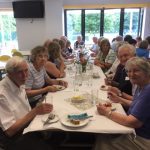 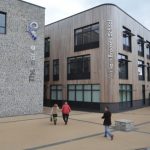