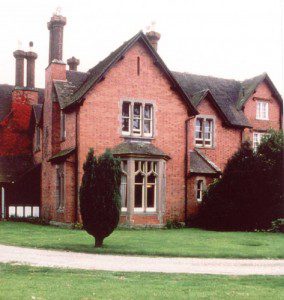 Not only is Much Wenlock a stunningly beautiful medieval town, it also played a part in the birth of the modern Olympic Games. Much Wenlock is the birthplace of Dr William Penny Brookes, the inspiration for the modern Olympic Movement and founder of the Wenlock Olympian Society. In recognition of our sporting heritage, the 2012 London Olympic Games named one of their mascots Wenlock.

Today, with a population of around 3,000 people, Much Wenlock feels much more like a village than a town.

Mary Webb’s formative years were spent in Much Wenlock and its people and landscape were the source of some of her literary inspiration. The family moved to The Grange on the Church Stretton Road out of Much Wenlock in 1882 and spent the next 14 years there. Mary was an only child for 6 years and she spent much of her early years exploring the countryside with her father George Edward Meredith. Her father expanded his boarding school here and was also a gentleman farmer. She witnessed poverty and deprivation in the local cottages.Her compassionate nature led her to invite local children to The Grange and also to visit sick and elderly people. She used to visit the local beadle, John Lloyd and read the bible to him. This was to inspire the short story “Many Mansions.”She called the town “A Rip Van Winkle of a place, Somewhere in the Middle Ages it had fallen asleep…”

Much Wenlock was to be used during the filming in 1949 of Gone to Earth by Powell and Pressburger in which many locals were extras. The film is still fondly remembered today and has been digitally re-mastered as a DVD including scenes of the local extras. The film starred Jennifer Jones, David Farrer and Cyril Cusack.

In 2000, the Mary Webb Society commissioned a bronze plaque by local artist Humphrey Hallward which is sited on a piece of Wenlock stone at the rear of the Guildhall. The plaque was unveiled by nephews of Mary Webb, Donald Meredith and the late Ian Meredith. 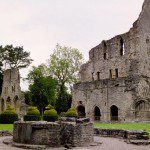 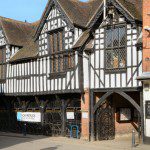 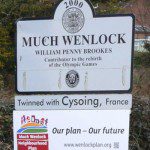 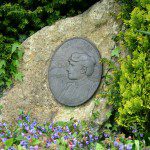