Pontesbury is a village 9 miles south-west of Shrewsbury near Pontesford Hill , at the foot of the ranges of The Stiperstones and The Long Mynd. Mary and Henry lived at Rose Cottage (now Roseville) from 1914-1916. It was during the years of the great War that Mary was writing her first novel The Golden Arrow and Henry was also writing. As part of their war effort the Webbs sold some of their garden produce at Shrewsbury market and locally. Mary would walk 9 miles to Shrewsbury and back. She would often climb Pontesford Hill and became aware of the legend of the Golden Arrow which she was to be re-interpret ed in her novel. Despite the hardship of war, this was a period of contentment for both Mary and Henry as shown in this extract from the poem “The Happy Life

No silks have I, no furs nor feathers,

But one old gown that knows all weathers;

No veils, nor parasols nor lace,

But rough hands and a tanned face……. 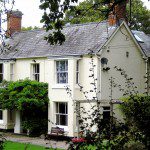 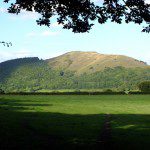 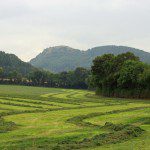 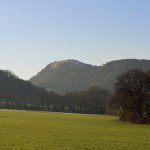 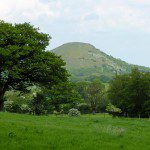