Happy Christmas One and All 2020

On behalf of the committee of The Mary Webb Society we would like to wish all our members and all who share our love of the work of Mary Webb, a very happy Christmas and a more hopeful, healthy new year. Let’s hope that some of our society’s gatherings can continue in the near future. Stay safe everyone!

Here is an extract from Mary’s first novel, ‘The Golden Arrow’ which describes a delightful gathering of the country Christmas bell ringers. “Faint tinklings- quick and small as a robin’s ‘chink-chink’-came up the dark slopes above Slepe on Christmas evening…….”It’s the Slepe handbells!” cried Lily. “What a treat!” Handbells, and such festivities, had never come to Bitterley……”Well neighbours, what’m you going to give us?” The postmaster, as head of the band, and bass bell, said he’d thought of ‘Ox and Ass,’ which everyone knew to mean “All Christian men Rejoice.”..When the merriment subsided they grouped themselves in a semicircle, the postmaster cleared his throat and said in the tone of one inciting a mob to evil-doing- “The Chime.” Obediently, under the large stars on their black velvet, the chime of eight bells rippled out – with one dotted note occasioned by Job. ” You did it again” said the postmaster, in a grieved voice. ” I did me best,” said Job;”but when I’m expectin ‘im to waggle he dunna, and as soon as I’ve giv up expecting, he does it sudden-like.” “You’re not master of your bell,” said Shakeshaft solemnly. “Ca’waller aint mas’er of his missus nor hisself, so it aint likely he’d be master of anythink as determined as a bell,” said the blacksmith, who had taken a good deal of refreshment. “If you’m Christmas peart when you’m on’y done the Parson’s and the Squire’s and two more, what’ll you be when we’m through?” asked the postmaster. The antique tune, sweetly and emphatically uttered by the bells, slipped out over the great plateau, pearl-tinted in the light of stars and the rising moon. 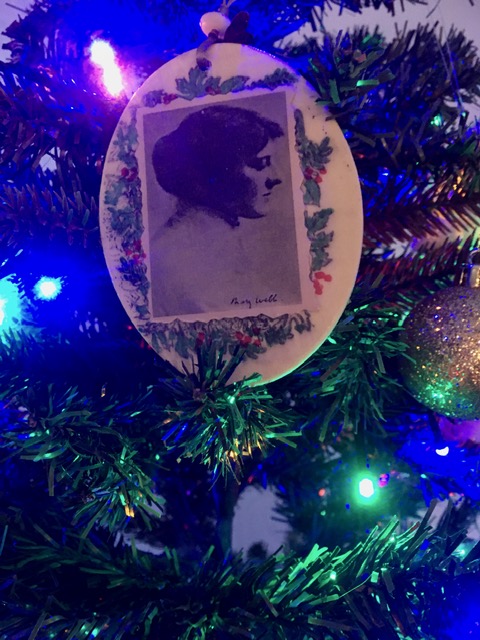