The Hill is Saved!

The Hill is Saved!
Mike Mortimer (Chairman of Friends of Pontesford Hill) told all the guests at last night’s Nick Owen Dinner (23rd April) that the contract was signed on Monday 20th April 2015 and Pontesford Hill now belongs to Shropshire Wildlife Trust! . The good news has been announced on Radio Shropshire, BBC local news and on the front page of The Shropshire Star.
The BBC has been filming at the Mary Webb School and they, and Pontesbury Primary School, are well on the way to achieving their £10,000 target. We only need around £24,000 now to achieve the rest of our fundraising target of £265,000 which will be ‘ring-fenced’ in order for Shropshire Wildlife Trust to continue the management of the hill.
The Mary Webb Society fund-raising concert raised in excess of £1500

Howard Thorne, trustee of Shropshire Wildlife Trust gave a brief speech and said that the Trust was amazed by the fantastic public support for this appeal and that they had never seen such a response before, from anywhere, at any time in the whole of Shropshire.

Members of The Mary Webb Society presented a cheque for £1575 to John Hughes of Shropshire wildlife Trust on 5th May 2015. 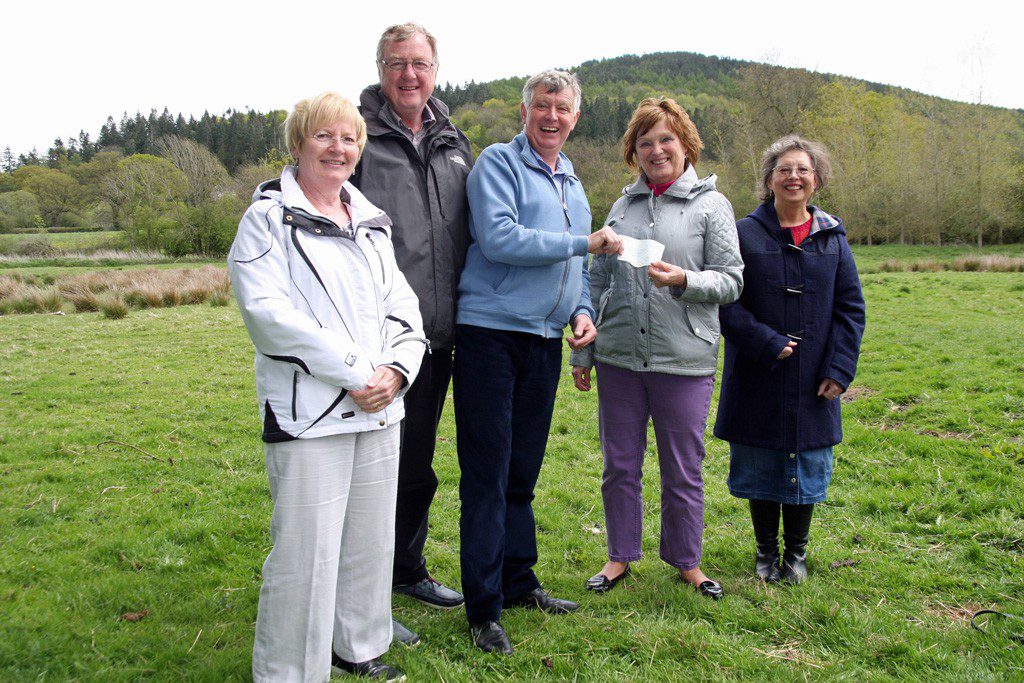